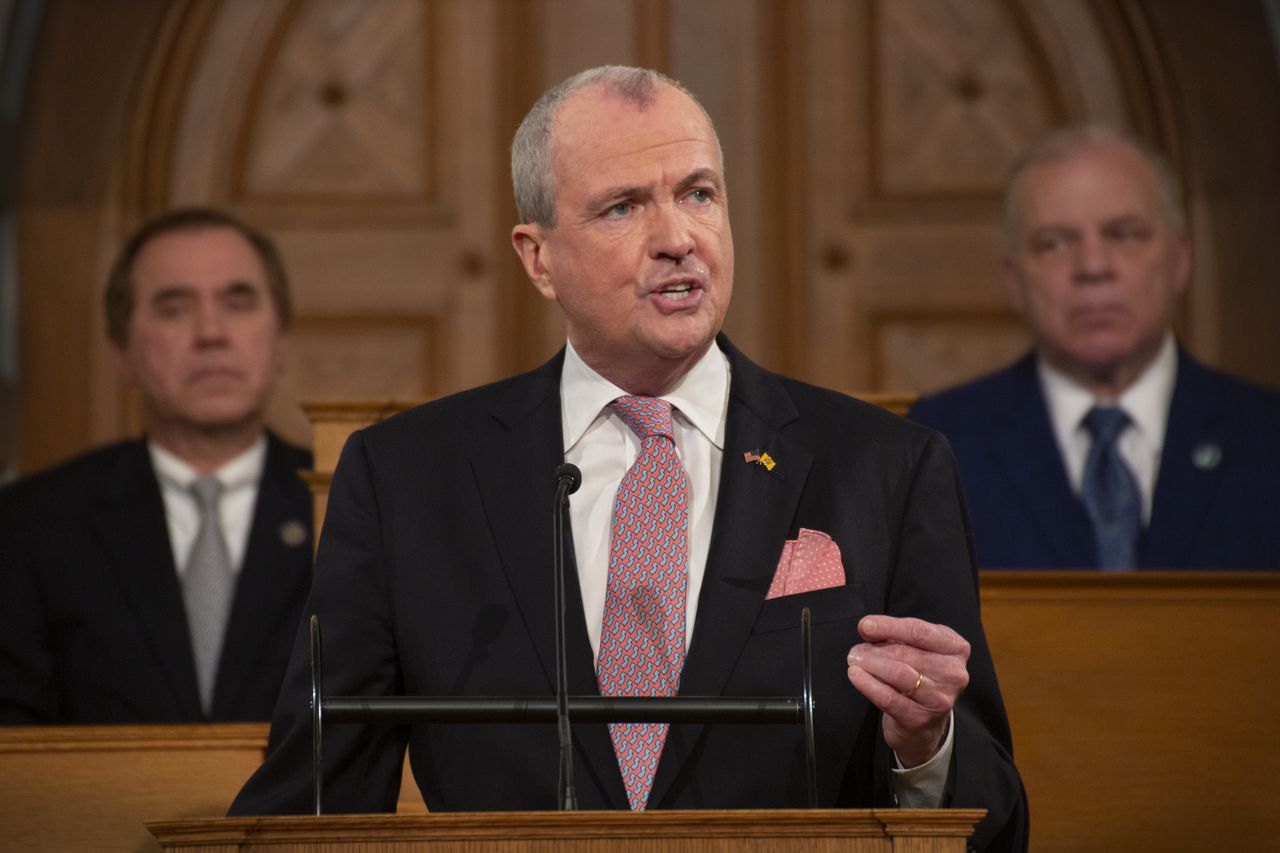 A state budget deal reached by Governor Phil Murphy and the state legislature will include $ 750 million in rental and utility assistance, new tax deductions for tuition fees and payments student loans, larger property tax credits and expanded tax breaks for New Jersey retirees, according to officials in the Murphy administration.

This year’s negotiations took place under the spotlight of election year politics, which may have allowed for greater harmony among senior Democratic officials. The new budget deal follows several years of controversial public struggles over taxation and spending and an unprecedented public health crisis that has exacerbated tensions in Trenton.

Democrats who control the Legislature were due to introduce the budget bill on Monday night, hours after details of many of its key initiatives began to emerge, but it was still not available at 9 p.m.

They reached a deal with Murphy, a fellow Democrat, less than two weeks after the state treasurer announced an impressive $ 4.1 billion increase in tax revenue this year, creating a surplus of 10.1 billion dollars a few weeks before the start of the new fiscal year and months before the governor and state lawmakers run for re-election.

The surplus is huge by New Jersey standards, but it’s even larger after factoring in the $ 6.2 billion in federal aid from the US bailout. While the Murphy administration expected the pandemic to shatter state revenues, federal stimulus packages and volatile stock markets have taken income and sales tax collections to new heights.

The final budget deal would force the state to spend a large part of its massive reserves. This money will fund a remarkable contribution of $ 6.9 billion to the public workers’ pension fund and $ 3.7 billion to start tackling the debt burden of the state.

“This budget delivers on the legislative priorities we have set from the start,” State Senate Speaker Stephen Sweeney, D-Gloucester said on Monday. “It relieves those in need, makes strategic investments to stimulate our economic recovery, and sets aside billions of dollars to pay off more costly debts and avoid future borrowing.”

Windfall government revenues have given the budget negotiations an unusual turn this year. The governor’s persistent calls for tax hikes have been replaced by tax cuts and new spending initiatives. This budget deal finally sheds light on how the governor and lawmakers plan to spend the billions of new dollars.

Federal stimulus assistance will fund $ 500 million in rent assistance, $ 250 million in utility assistance, $ 600 million over three years to provide an additional year of eligibility for the special education program of the state to approximately 8,700 students with disabilities, $ 180 million for HVAC improvements in schools and small businesses, $ 100 million for daycares, and $ 450 million to improve emergency preparedness infrastructure in state-level I trauma centers, administration officials say.

The budget accord delegates oversight of the $ 6.2 billion in federal aid to the Legislative Assembly’s Joint Budget Oversight Committee. Lawmakers had indicated they would seek wording asserting their control over federal dollars, as wording in this year’s budget gives Murphy broad authority to own disaster relief and economic recovery. .

From the projected surplus of $ 10.1 billion, the state will increase the expected pension payment from $ 6.4 billion to $ 6.9 billion. At $ 6.4 billion, it was already the largest single payment in state history and the first full contribution in a quarter of a century.

New Jersey’s public pension system is one of the least well funded in the United States, with enough assets to cover just 58% of debt. The planned new pension contribution is $ 2.1 billion higher than the $ 4.8 billion New Jersey is expected to make this year.

Next year’s higher payout eases pressure on FY2023 pension contribution – projected to more than $ 6.9 billion as the state cuts down what it should expect to gain on investments of 7.3% to 7% per year.

They also plan to freeze $ 1.2 billion to pay for future infrastructure projects rather than bonding and $ 2.5 billion to remove existing debt from New Jersey’s balance sheet. The combined $ 3.7 billion is the same as the amount the state borrowed last fall to cover a forecast deficit. Tax revenues have jumped, however, proving that borrowing is not necessary. The debt, however, was structured so that it could not be repaid sooner, prompting authorities to look for other ways to reduce New Jersey’s indebtedness.

The final budget expands a number of existing tax relief programs while creating a new $ 500 tax refund for certain low- and middle-income households.

“With every budget I have presented, we have brought greater relief to those who need it most – through our continued expansion of the Working Income Tax Credit, the creation and expansion of a child and dependent tax credit, increased tax relief for veterans, tax refunds for the middle class, and now the long-awaited expansion of Homestead Benefit to ensure l “Relief reflects reality,” Murphy said when announcing several of the tax changes Monday morning.

Under the agreement, 764,000 households with incomes below $ 150,000 and at least one dependent child will benefit from income tax credits of up to $ 500 this summer. Murphy accepted the $ 319 million in rebates as part of a deal last fall to raise the millionaires’ tax.

The pension exclusion will also be given a facelift, with 70,000 taxpayers with distributions of between $ 100,000 and $ 150,000 newly eligible to receive a partial tax benefit, administration officials said.

The New Jersey pension exclusion currently exempts from gross income tax certain types of pensions, 401 (k) and other distributions below $ 100,000 for couples filing jointly, below $ 75,000 for single filers and less than $ 50,000 for separately married returns, for filers over 62 years of age.

The strict threshold of $ 100,000 was a source of frustration among taxpayers, who lost all benefits if their income exceeded even a dollar.

Homeowners ‘Homestead credits remain based on their 2006 property tax bills, allowing the state to maintain program costs despite rising homeowners’ bills. The average property tax bill was $ 6,446 in 2006, up from $ 9,112 in 2020. If approved, next year’s credit will be based on their 2017 bills, increasing by over $ 130. the average benefit for seniors and homeowners with disabilities; and the average benefit for low-income homeowners of $ 145, according to the Murphy’s administration.

As with Murphy’s proposed budget, public schools will receive an additional $ 578 million in aid and students from low-income households will be entitled to two years tuition-free at a public university. The two-year tuition-free will apply to students in the third and fourth years of a four-year college, administration officials said.

New Jersey will also match contributions of up to $ 750 to an NJBEST account for households with incomes below $ 75,000 to encourage college savings among low-income residents, said the treasurer of the ‘State Elizabeth Muoio.

School districts across the state will receive nearly $ 9.3 billion in direct aid, although some districts will lose funding as the state continues to redistribute aid from districts deemed overfunded according to the school funding formula. schools to those considered underfunded.

The Senate and Assembly budget committees plan to vote on the appropriation bill on Tuesday. The new fiscal year takes effect on July 1.

Thank you for relying on us to provide journalism you can trust. Please consider supporting NJ.com with a subscription.

Samantha marcus may to be reached at [email protected].

Vacations? Flowers? Massage? How to save for what makes you feel good

Navient lawsuit settlement: Over 400,000 student loans will get debt relief