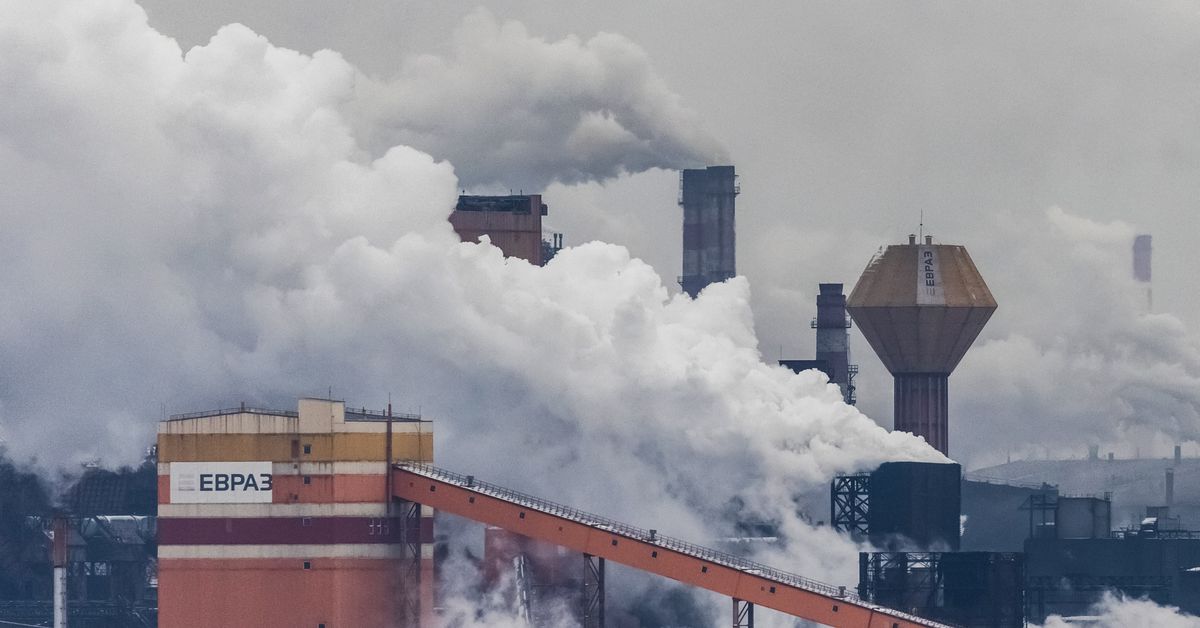 March 22 (Reuters) – Debt securities of Russian companies linked to sanctioned billionaires kept investors on edge on Tuesday as coupon payments to foreign holders of securities hit hurdles due to Western sanctions triggered by the invasion of Ukraine by Moscow.

Russian steelmaker Severstal, whose main shareholder, Alexey Mordashov, was sanctioned by the European Union on February 28, was struggling to pay the holders of its debt, said a source close to the company.

Evraz, the Russian steelmaker whose main shareholder is sanctioned Russian Roman Abramovich, said on Tuesday that the coupon payment due on March 21 had been settled with the paying agent after being temporarily blocked by a Western correspondent bank.

Fertilizer company EuroChem also had problems making a coupon payment due March 14, after being blocked by the paying agent, Bloomberg reported last week. The company announced on March 16 that Vladimir Rashevskiy had resigned as chief executive and from the board effective March 15 after being sanctioned by the EU.

The obstacles faced by these companies show how punitive Western sanctions imposed following the Russian invasion are having a wide impact, as banks are being cautious to avoid breaking the rules.

Russia, which calls its attack on Ukraine a “special military operation”, has also seen its sovereign debt payments scrutinized by international investors.

So far, however, coupons due on dollar-denominated bonds appear to have been handled by intermediary banks under a temporary license issued by the US Office of Foreign Assets Control (OFAC).

Assets and businesses linked to wealthy Russian businessmen perceived to be close to President Vladimir Putin are under particular heightened scrutiny, as many of them have been targeted by Western sanctions.

Russian companies have nearly $100 billion in hard-currency bonds outstanding, more than double the $40 billion the Russian sovereign owes in international bond markets, according to JPMorgan data.

More than 50% of outstanding corporate bonds were issued by quasi-sovereigns or state-owned companies, with a strong bias in favor of oil and gas companies.

The source close to Severstal said a “test” payment the company sent last week for its 2024 Loan Participation Notes (LPN) coupon has yet to be processed by Citigroup Inc (CN) , with the grace period due to expire on Wednesday.

Severstal said on March 16 that it would pursue alternative options to make the $12.6 million coupon payment in the event that the test – 1% of the coupon – was not processed. But he has not provided further details so far.

Citi and Severstal declined to comment on information provided to Reuters by the source.

Evraz faced similar hurdles, with the company saying on Monday that a nearly $19 million coupon payment had been “held for compliance” by the correspondent bank. The company said it believed the issue was sanctions-related.

On Tuesday, he said the paying agent had settled the relevant account.