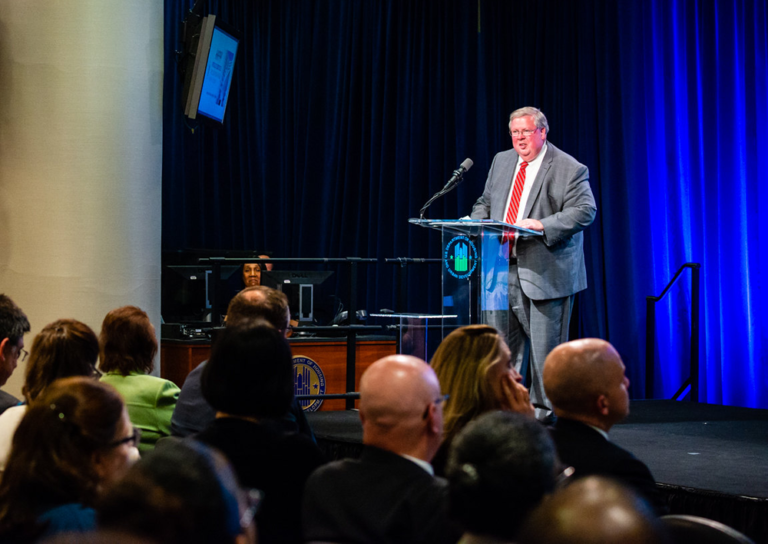 For the first time since 2015, the Capital Ratio for the reverse, or Home Equity Conversion Mortgage (HECM), book of the Federal Housing Administration (FHA) has gone into positive territory.

The measure of the financial health of the HECM portfolio has swung to a remarkable 6.08% for the fiscal year ending September 30, compared to 0.78% in fiscal 2020, and a substantial movement from the lows affected just three years ago, when it fell to -18.8% in 2018.

The HECM capital ratio is the ratio of the FHA capital in the mutual mortgage insurance fund (MMI fund or â€œthe fundâ€) to the insurance in force. Its rise came as a result of changes to the program in 2017 and 2018 aimed at increasing its financial viability, and of course, a sustained appreciation in house prices, which has a disproportionate impact on the calculation.

On November 15, the FHA released its annual report to Congress on the Fund’s financial condition, revealing that the overall capital ratio in fiscal 2021 had improved to 8.03%, a new all-time high.

As part of the actuarial report, the FHA provides separate and stand-alone capital ratios for term and reverse mortgage portfolios to reflect the relative position of each portfolio and their effects on the Fund.

The HECM program, which has weighed on the Fund’s financial health in recent years, was a top priority for the FHA when then-secretary Ben Carson arrived in 2017. Months later, under the leadership of the Acting Commissioner of the FHA, Dana Wade, FHA made the necessary revisions to both the HECM â€œinitialâ€ and â€œannualâ€ Mortgage Premium Rate (MIP) rates, as well as the HECM Master Limit Factors (PLFs). PLFs are percentage values â€‹â€‹used to calculate the total amount available to HECM borrowers.

As the HUD said at the time, the 2017 changes were made to “reduce the potential for future defaults when economic factors, such as house price appreciation or interest rates, change.” . In the case of reverse mortgages, defaults most often occur when a loan becomes “due and payable” after the death of a borrower and little or no equity remains in the home.

In 2018, after being confirmed as Commissioner of the FHA, we created a dedicated internal task force to examine the risk factors that affect the severity of claims, including the extent to which upstream assessments have been inflated, a dynamic which, in our opinion, has had a deleterious effect. effect on the HECM program.

After careful analysis and confirmation (and the discovery of a timely article on the subject of valuation bias in HECMs by HUD’s Policy Development & Research Office), we determined that the inflated estimated values â€‹â€‹on the HECM properties were more common than we initially thought. As of October 2018, we have therefore put in place measures to correct these biases, requiring a second assessment if our review shows that there may be an inflated value. The HECM lenders, who understood the need to put the HECM program on a more solid financial footing, supported the new evaluation policy.

While recognizing that the HECM Autonomous Capital Ratio is very sensitive to HPA, even more than the term portfolio, changes to the reverse program in 2017 and 2018, and changes made by previous administrations, have nonetheless helped push forward a program that had struggled to demonstrate sustainability in a positive direction and in the dark.

That said, “the strong HPA experienced in recent years”, as noted in the annual report, explains the welcome and dramatic increase in the ratio from FY2020 to FY2021. This, however, does not justify complacency or complacency. assurance of future (positive) results.

Continued attention to the structure of the HECM program, ensuring that it is not continually subsidized by premiums from low to moderate income buyers and first-time homebuyers who pay monthly premiums in the term book , will be vital for the HECM program to continue to serve. its mission, especially with low- and modest-income seniors who are looking to age in place, and to gain the continued support of lawmakers.

FHA leadership under successive administrations has been a careful guardian of the MMI Fund and has made changes to the HECM program as needed. As such, we believe the current administration will be equally vigilant in ensuring the financial viability of a program that assists a group of vital importance to HUD’s core mission: the elderly.

Brian Montgomery is currently President of Gate House Strategies and former Deputy Secretary of HUD and Commissioner of FHA. Montgomery is also a board member of a private mortgage insurer.

Keith becker is the Chairman of Gate House Strategies and former FHA Risk Director and 26 year veteran of Freddie Mac where he served as Director of Credit for One Family.

Dror Oppenheimer is a founding partner of Gate House Strategies and a former Senior Advisor to the FHA Commissioner, and a 31-year veteran of Fannie Mae where he was Senior Vice President of Credit Default Operations. The opinions expressed are our own and do not necessarily reflect those of our employer or any client.

This column does not necessarily reflect the opinion of Reverse Mortgage Daily and its owners.

To contact the authors of this story:
Brian Montgomery, Keith Becker and Dror Oppenheimer on gatehousedc.com

To contact the editor responsible for this story:
Chris Clow at [emailÂ protected]