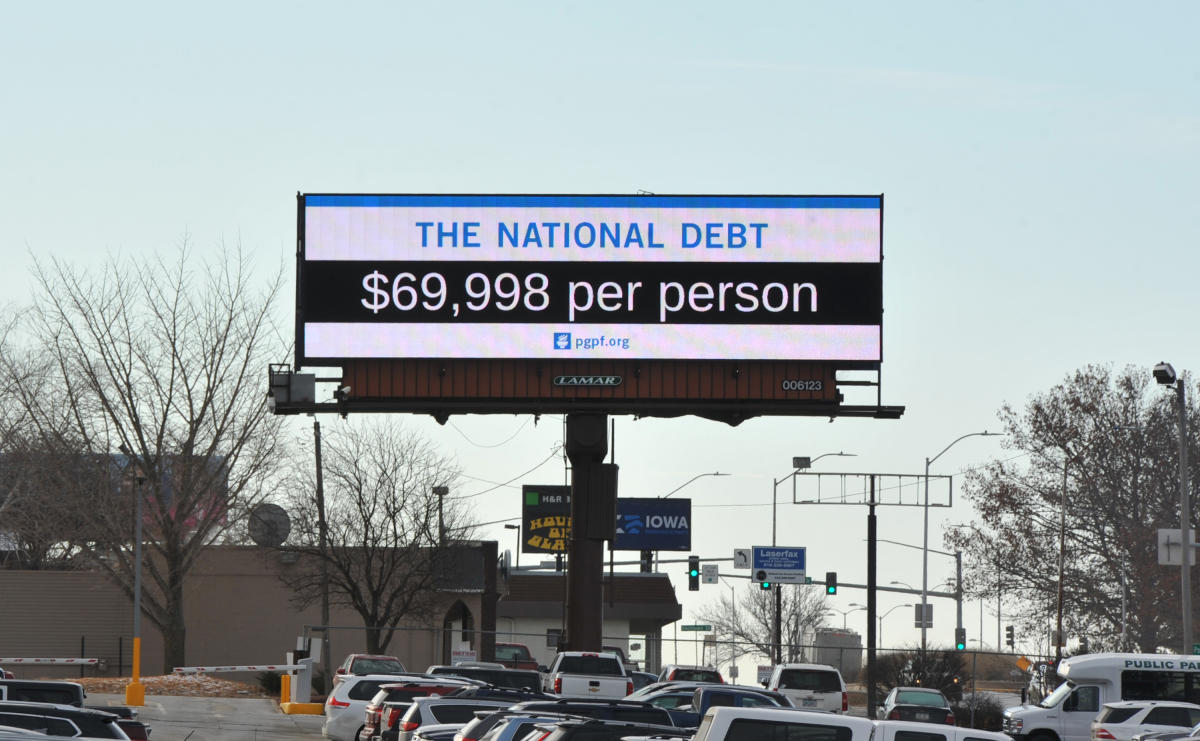 Record deficits in the United States are coming

Even before the current economic crisis, the federal budget deficit was approaching record highs.

“We will have spent as much in the first six months of this crisis as we did on the five-year recovery during the Great Recession,” said Marc Goldwein of the Committee for a Responsible Federal Budget, a bipartisan think tank from DC.

“That money has done a lot of good,” Goldwein told Yahoo Finance, “but that doesn’t mean that borrowing is free.”

According to his group’s projections, bloated deficits will drive the national debt to rise from 79% of gross domestic product before the crisis to 101% this year. By 2030, estimates the CRFB, it will reach between 118% and 130% of GDP.

Other analyzes have found similar numbers. The CATO Institute recently suggested that the crisis will add $6 trillion to the US federal debt over time.

Billions of dollars out the door in just weeks

Congress has authorized about $3.6 trillion in new spending since the crisis began in March. Some of this money will eventually be returned to the treasury and so it is estimated that the net impact of spending will be around $2.4 trillion.

And the money moved quickly. It is estimated that more than half of the funds from the CARES Act and a follow-up bill have already been disbursed or committed. The Paycheck Protection Program has already approved more than $520 billion in small business loans, and the IRS has sent more than $267 billion in checks to individuals. Treasury Secretary Steven Mnuchin boasted that aid to Americans, like stimulus checks, was sent “in record time.”

In fact, although GDP fell during the first months of the recession, personal income is actually 5 to 8% compared to February. It’s counterintuitive but true, thanks to direct injections of cash like unemployment benefits and direct stimulus checks.

The level of debt “twice our historical average”

The Congressional Budget Office has already reviewed spending and estimates a 2020 budget deficit of $3.7 trillion. With another round of stimulus expected from Congress later this summer, it is likely to grow even more by the end of the year.

The CRFB has been running the numbers for 30 years. On a call with reporters, Goldwein stressed that these were rough projections, but they show that “debt will reach 220% of GDP under current law, and about 270%” in 30 years if Congress passes more stimulus.

“There is no precedent for anything close to this,” he said. “We’re talking about debt levels that are double our historical average.”

The previous record deficit was $1.4 trillion set in 2009. The CRFB estimates that every deficit in the next decade will break this record, with an average deficit of $2 trillion over the next decade.

“Now why is this happening? Well, it’s a combination of the recession itself, and the response is actually very costly,” Goldwein said.

Why ‘this is exactly when we should be borrowing’

Growing deficits have led some Republican lawmakers to push for a pause on other measures. “It’s all either borrowed money or created money, and either way Americans are going to pay the price,” Pennsylvania Sen. Pat Toomey told Yahoo Finance in a recent interview.

Democrats pushed for more stimulus as soon as possible. The Democratic-led HEROES Act, which passed the House of Representatives in May but was ignored by the Senate, cost $3 trillion.

“This is exactly when we should be borrowing,” Goldwein said of the money already spent, because it “makes sense to spread [the economic pain] overtime.” He appeared as part of Yahoo Finance’s ongoing partnership with the Funding our Future campaign, a group of organizations that advocate for increased retirement security for Americans.

Congress is expected to return in late July to possibly negotiate another stimulus deal and most expect a price tag of around $1 trillion.

Ben Werschkul is a producer for Yahoo Finance in Washington, DC.

Coronavirus stimulus checks: What should happen before a second round

Read the latest financial and business news from Yahoo Finance

Should retirees pay off their mortgage?