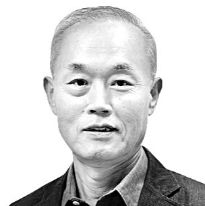 Jung Hong-sang
The author, former executive director of the APEC Climate Center, is an instructor at the Korea Advanced Institute of Science and Technology (Kaist).

As politicians make election promises, the budget grows in size. But there is no mention of how to raise funds. When public spending increases, it is the citizens who benefit, but it is also the people who have to pay more. When the benefits increase, the costs are sure to increase. In Europe and the United States, when a project is developed, it should be clarified how to raise the money and what tax is increased and by how much.

There are only three ways to raise money for government spending: collect more taxes; reduce other expenses, such as social protection; and the issuance of government bonds. As our budget deficit is almost structural, an increase in public spending naturally increases our national debt. Nothing is free. The national debt will have to be paid someday by someone who pays more taxes. Until then, interest must be paid. It’s like borrowing money in the future.

Some say we don’t have to worry about the debt because Korea’s national debt is 50% of GDP, well below the OECD average of 110%. But a simple comparison is not appropriate here. To see the impression on people or the impact on the national economy, you have to compare on a per capita basis.

The total age dependency ratio refers to the sum of the young population (under 15) and the elderly relative to the working age population (65 and over). The ratio will drop from 40% in 2020 to 110% in 2070. As a result, the per capita burden of the working-age population is expected to increase by 56%.

Given the decline in population and structural factors, the national debt per capita is expected to increase 90 percent more than just the math. Second, Korea’s national debt is already close to the OECD average.

In Britain, Germany and Japan the national debt more than doubled from the time they became aging societies. Korea also has the North Korean variable. In an emergency, considerable public expenditure is inevitable. But it’s unclear how much will be needed, as a contingent liability of a business. This is why we must leave room for the tampon.

When presidential candidates make campaign pledges, voters should ask how the funds will be raised. They should also consider whether it is realistic. Sweet pork barrel projects should be judged along with the bitter bill. We have to calculate how we would damage the ability of our next generation to seek happiness. It is shameful to rely habitually on future generations to alleviate the suffering of the present generation.

Debt collectors can now contact you via text, email and even social media