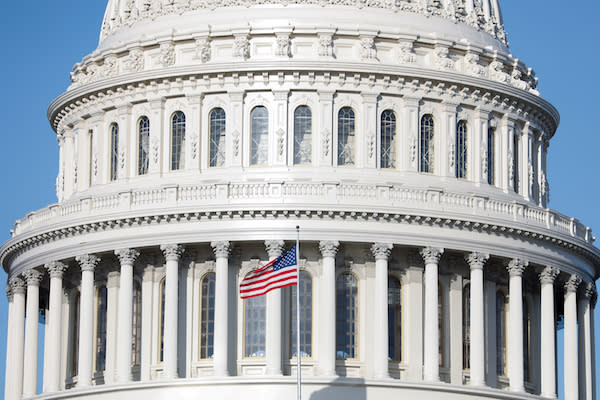 National debt will exceed the size of the economy in 2021

The new projections mean that the national debt is already close to the size of the total economy and is likely to exceed it next year. The CBO said it expects federal debt held by the public to be about 98% of the size of the economy by the end of 2020 and exceed 100% by 2021. By By 2023, the debt will equal 107% of GDP – the highest level in US history, surpassing the previous peak set in 1946 in the aftermath of World War II.

Deficits are expected to continue. “It will be difficult to reduce this spending in the future, and we are going to enter a long period of deficits well above historical averages,” G. William Hoagland of the Bipartisan Policy Center told The Washington Post. Hoagland also said he doubts the issue will take center stage in politics anytime soon: “[A]As a matter of national policy, the deficit was not a concern before the pandemic and it will not be after.

Former CBO chief economist Wendy Edelberg said she doubts the latest increase in the size of debt is significant on its own. “There is no economic difference between a 99% ratio and a 101% ratio,” she told the Wall Street Journal. She also said the coronavirus-related deficit spending was money well spent. “It was a massive increase in borrowing and quite shocking, but incredibly effective. On the other hand, this is exactly why we as a country want to have room to increase borrowing in an emergency.

Maya MacGuineas of the Committee for a Responsible Federal Budget said the latest numbers are a reminder that debt remains a significant issue. “What should be absolutely clear in today’s report is that once the virus is contained and the economy recovers, lawmakers can no longer afford to continue to ignore the trajectory of our debt. “, she said.

Record deficits in the United States are coming