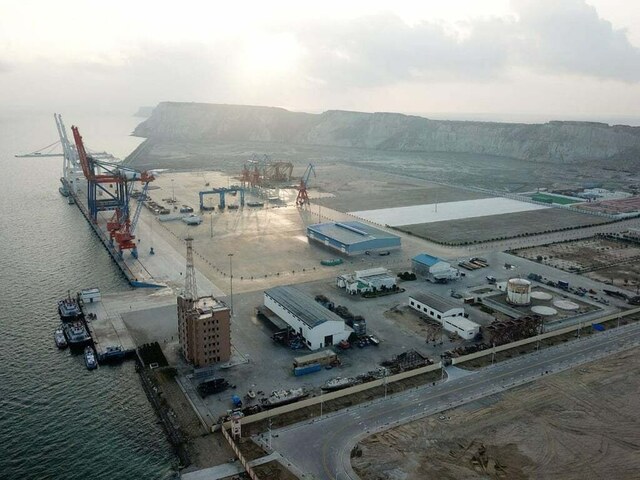 ISLAMABAD: Government reportedly failed to convince Chinese government to resume suspended work on 300MW coal-fired power project in Gwadar as M/s Sinosure, China’s loan insurance company, refuses to cover the risk of government default in the context of medium and long-term buyer credit. insurance largely due to late payments to CPEC IPPs and the delay in opening the revolving account, according to sources close to the managing director of the Private Power and Infrastructure Board (PPIB).

Sharing the details, sources said that PPIB is processing a 300MW imported coal power project in Gwadar, Balochistan by CIHC Pak Power Company Limited (CPPCL), which is included as a priority project as per the agreement on the China-Pakistan Economic Corridor (CPEC). Cooperation project of November 8, 2014.

In accordance with the terms of the LoS, CPPCL has signed the Implementation Agreement (IA), the Power Purchase Agreement (PPA) and the Supplemental Agreement to the IA (SIA) – the Security Package – April 8, 2021 after nine months of detailed negotiations and ECC approval on January 28, 2021.

In accordance with the LoS, the Financial Close (FC) deadline was January 31, 2022, while the Required Commercial Operations Date (RCOD) was set to June 30, 2023 in the PPA.

Following the signing of the security package, CPPCL started construction activities at the site before the FC, in order to respect the agreed RCOD of June 30, 2023.

Prime Minister to interact with private sector during visit to China

Meanwhile, Sinosure has revised its policy and does not accept to cover the risk of government default under the medium and long-term buyer credit insurance, mainly due to late payment to CPEC IPPs, delays in opening a revolving account in accordance with SIA for CPEC energy projects and renegotiations. PPAs with existing IPPs.

Given the current situation, lenders have informed CPPCL that developers are required to provide joint and several guarantees covering the entire repayment period, which would greatly exceed the industry practice of providing completion guarantees during the construction period. However, the position of the sponsors is that they have already injected substantial equity into the project and are unwilling to accept this demand from the lenders. As a result, construction at the site has been suspended until the financing agreement is finalized between the lenders, Sinosure and the sponsors. Accordingly, the CPPCL requested the assistance of the GoP for the necessary facilitation.

Therefore, the GoP addressed the issues of delays in CPEC CF projects at the level of the Special Assistant to the Prime Minister for CPEC Affairs, with the Chinese Ambassador to Pakistan on September 9, 2021 and through a letter from the Minister of Planning, Development and Reforms to the Vice-President. Chairman NDRC, China on October 15, 2021.

According to the PPIB, the requested modification of the RCOD will further delay the development of Gwadar as an international logistics hub and related infrastructure, as the development and operations of the industrial city of Gwadar are dependent on a reliable power supply.

In order to discuss the matter, PPIB called a meeting with the sponsors on October 26, 2021 where CPPCL again highlighted its issues with Sinosure and the lenders who have blocked progress on the site as the sponsors are unwilling. to inject additional capital.

In the meantime, the PPIB launched a summary on the matter in November 2021 and forwarded it to the Department of Energy (Energy Division) for further submission to the Cabinet Committee on CPEC with a request to approach the relevant agencies of the Chinese government at the appropriate level to solve the problems. faced by the Gwadar Power Project, for timely achievement of financial close and immediate resumption of construction by CPPCL to achieve RCOD (June 30, 2023), as stipulated in the security package approved by the ECC.

In addition, the issue was also discussed at the 8th Joint Task Force Meeting on Gwadar held on December 30, 2021, during which Chinese assistance was sought to obtain Sinosure’s approval (in order to obtain its financial close) for the project so that construction activities can be resumed on site. However, according to reports, the matter is still unresolved and construction activities at the site have stalled, the sources added.

Payday loans: your solution in the event of a financial crisis… but only as a last resort