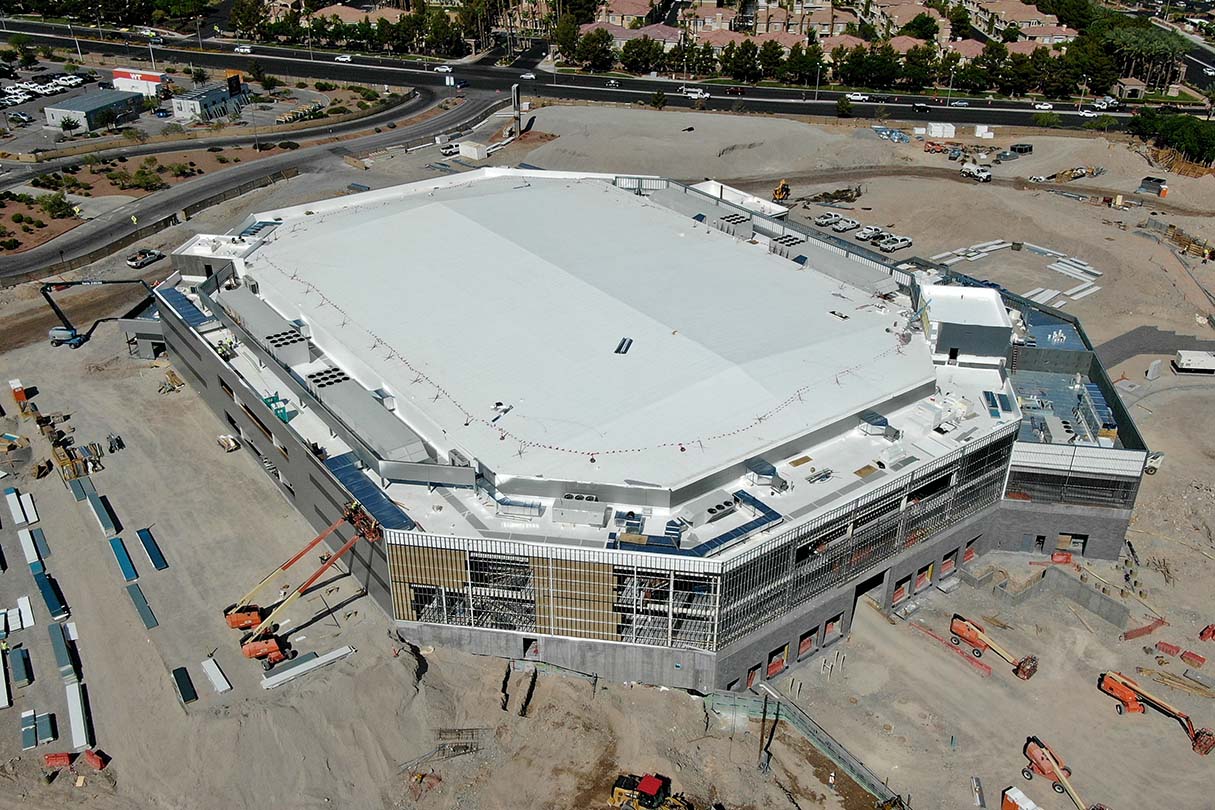 With the first event announced as the Big West Conference Basketball Championships March 8-12, work on the Dollar Loan Center in Henderson continues.

The exterior of the stadium is taking shape, with side panels installed across much of the $ 84 million, 6,000-seat arena, showing elements of what the finished product will look like.

Inside the arena, stadium seating areas have already been poured, awaiting installation of the seats, the ground level not yet being concreted.

The arena will be home to the Silver Knights, the American Hockey League’s Golden Knights affiliate, and the yet to be named Indoor Football League franchise.

Scheduled to be completed in February, the tight work schedule offers a small amount of cushion if there is a slight overshoot before the March basketball tournament.

Golden Knights president Kerry Bubolz looks forward to the variety of events the arena is expected to host.

â€œIt started with the Silver Knights, we brought indoor (league) football and we spoke with the Big West Conference basketball group to bring their championship to Henderson,â€ Bubolz said last month. â€œWe couldn’t be more proud to open on March 8th. “