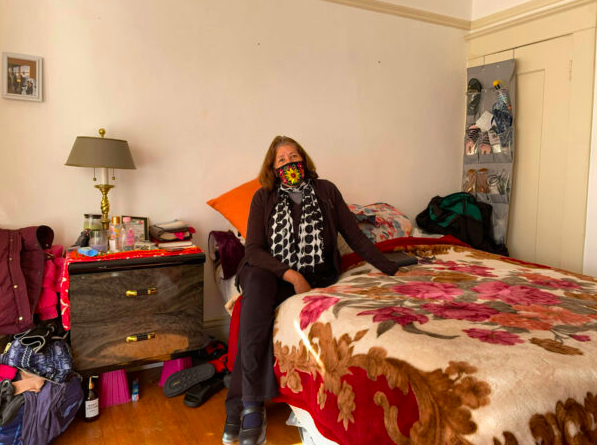 Rent debt is one of the huge and looming issues of the pandemic, and policymakers at all levels of government are talking about it. Gov. Gavin Newsom has pledged to set aside more than $ 5 billion to pay off rent – although that won’t be enough to prevent widespread evictions.

But there is another type of rent debt that doesn’t get a lot of attention.

As El Tecolote, the legendary Mission District bilingual newspaper found out, many Latinx families have avoided rent debt by spending their savings and borrowing from family and friends – and now there is no has no relief for them.

Many also put their lives at risk by continuing to work during the worst of the pandemic because they did not want to fall behind on rent.

An El Tecolote investigation found that many families were desperate to avoid rent debt – so instead the COVID pandemic robbed them of all wealth, savings and security.

The survey of 391 Latinx residents from BayView / Hunters Point, VisitaciÃ³n Valley, Tenderloin, Mission and the Excelsior found that immigrants mostly kept their rent debt low during the pandemic. More than half of those surveyed owed no rent in arrears and about 75 percent owed less than three months.

But it came at a price.

More than 80% of those polled said they lost income during the pandemic. And over 56% said they were under extreme or high stress paying their rent.

The fear of eviction was overwhelming, even though the city and state had a moratorium on evictions. Some residents were undocumented; many lived in situations where the landlord was primarily a primary tenant.

Many respondents said they did not want to go into heavy debt in the future.

So they used up their savings and borrowed informally from friends and family.

According to El Tecolote:

The True Cost of Rent During the Pandemic: Latinx immigrants in San Francisco have been stripped of their wealth to cover rent. Over 75 percent have used up most of their savings. â€¦ COVID-19 is â€œthe greatest wealth stripping event we have ever seen. And we’ll probably never see it, â€says Ernesto Martinez, director of asset building programs at the Mission Economic Development Agency (MEDA).

According to one of the newspaper articles:

The moratorium on evictions, yesterday and today, only promises a suspension of evictions to tenants facing financial hardship related to COVID-19, only if they can pay 25% of the rent due by a certain date. The stay of eviction also only works if the landlord doesn’t sue the tenant later for the other 75% cumulative rent after the moratorium is lifted. In the new extension, tenants have until October 1, 2021 to pay 25% of any rent arrears due between September 1, 2020 and September 30, 2021.

The problem is that by extending the moratorium on exactly the same terms, lawmakers and policymakers have ignored the stressful housing insecurity of low-income Latinx immigrants that drove them to work during the pandemic, in the first place. The lesson learned from the pandemic is that Latinx immigrants cannot afford to accumulate formal debt that puts them at risk of deportation, lawsuits, or a never-ending cycle of debt.

In short, there is no city or state program to help essential Latinx workers, the population most affected by the pandemic, who have depleted their savings or incurred intra-family or other debt. debts to meet rent and bills.

It is part of the hidden cost of the pandemic. There has been a vast and growing change in wealth in this country over the past year: the richest 1%, especially billionaires, have seen their net worth increase dramatically. And the workers, it seems, saw the little wealth they stripped.

Is Wealth Glory Holdings (HKG: 8269) weighed down by its debt load?