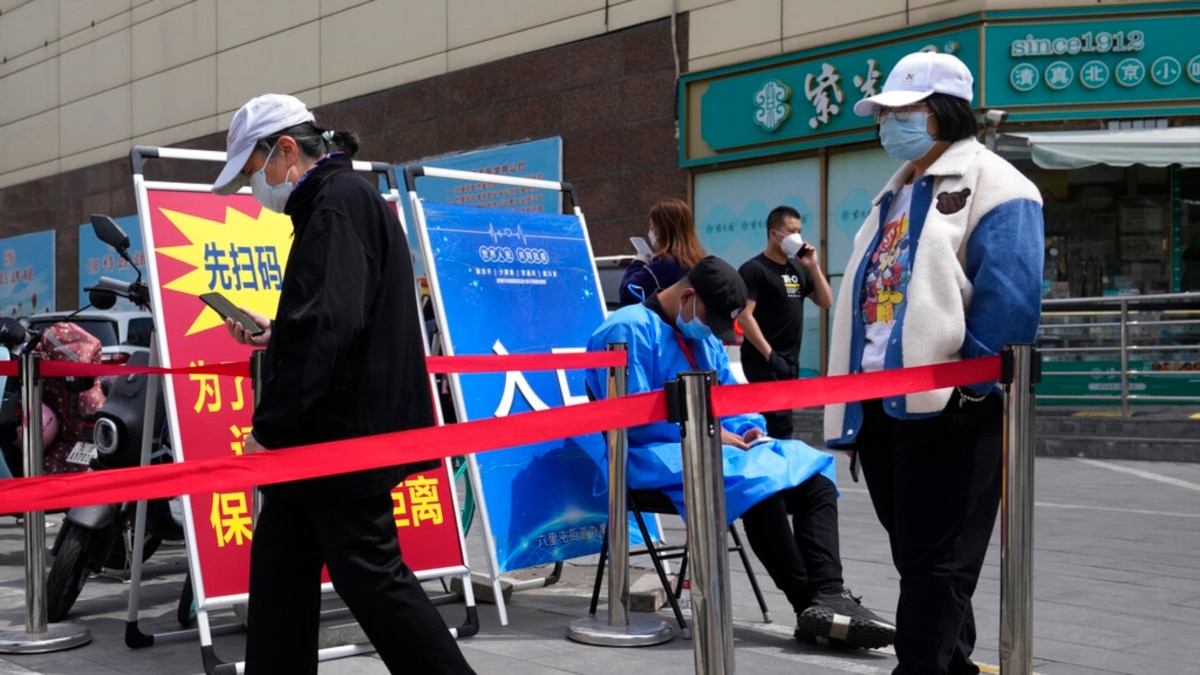 China held a massive national meeting this week to coordinate the implementation of plans to stabilize and support an economy beleaguered by its zero-COVID policy.

The unprecedented session was convened amid growing evidence of the economic cost of the country’s extreme measures to contain the pandemic. Lockdowns across the country, particularly in the financial hub of Shanghai, have confined people to their homes, suspended factory production and disrupted supply chains.

This week, investment bank UBS cut China’s economic growth forecast from 4.2% to 3% for this year, citing risks from its COVID policy. JPMorgan also lowered its growth estimate to 3.7% from 4.3%. These estimates are significantly lower than China’s official growth target of around 5.5% this year.

Premier Li Keqiang warned during the State Council teleconference that the economy was at a “critical point” in determining this year’s economic trajectory and urged participants to seize “the time window” to recover. the economy “on the right track”.

“The challenge, to some extent, is even greater than the initial outbreak of the pandemic in 2020,” Li was quoted as saying by the official Xinhua News Agency.

Although state media did not specify the size of the meeting, The Economic Observer, a Chinese media outlet, reported that attendance was required of all Chinese officials at the provincial, city and county levels, totaling more than 100,000 people.

The conference call followed an executive meeting of the State Council on Monday that introduced 33 economic stimulus measures, including increased tax refunds, extended loans to small businesses, emergency loans to the aviation industry and measures to promote sales of automobiles and real estate.

At Wednesday’s meeting, Li asked local governments to act on the 33 measures by the end of May. He said the state council would send task forces to 12 provinces to inspect the plan’s implementation starting Thursday, according to the Xinhua news agency.

“Mass COVID medical supply and testing is causing significant costs for local governments, which is putting a strain on their revenues. Many localities may have to go into debt,” Liu said. “Now it looks like housing and land prices are falling, which will further limit their income.”

Liu added that the main reason the central government supports small businesses is to maintain jobs. Official figures show China’s unemployment rate jumped to 6.7% in April, higher than the 5.9% peak reached in 2020.

“Micro, small and medium enterprises care more about access to finance. They are not well capitalized,” Liu said. “The city has been closed and businesses cannot work, but they still have to pay their employees. They cannot produce finished goods even though they have raw materials piled up in their warehouses.