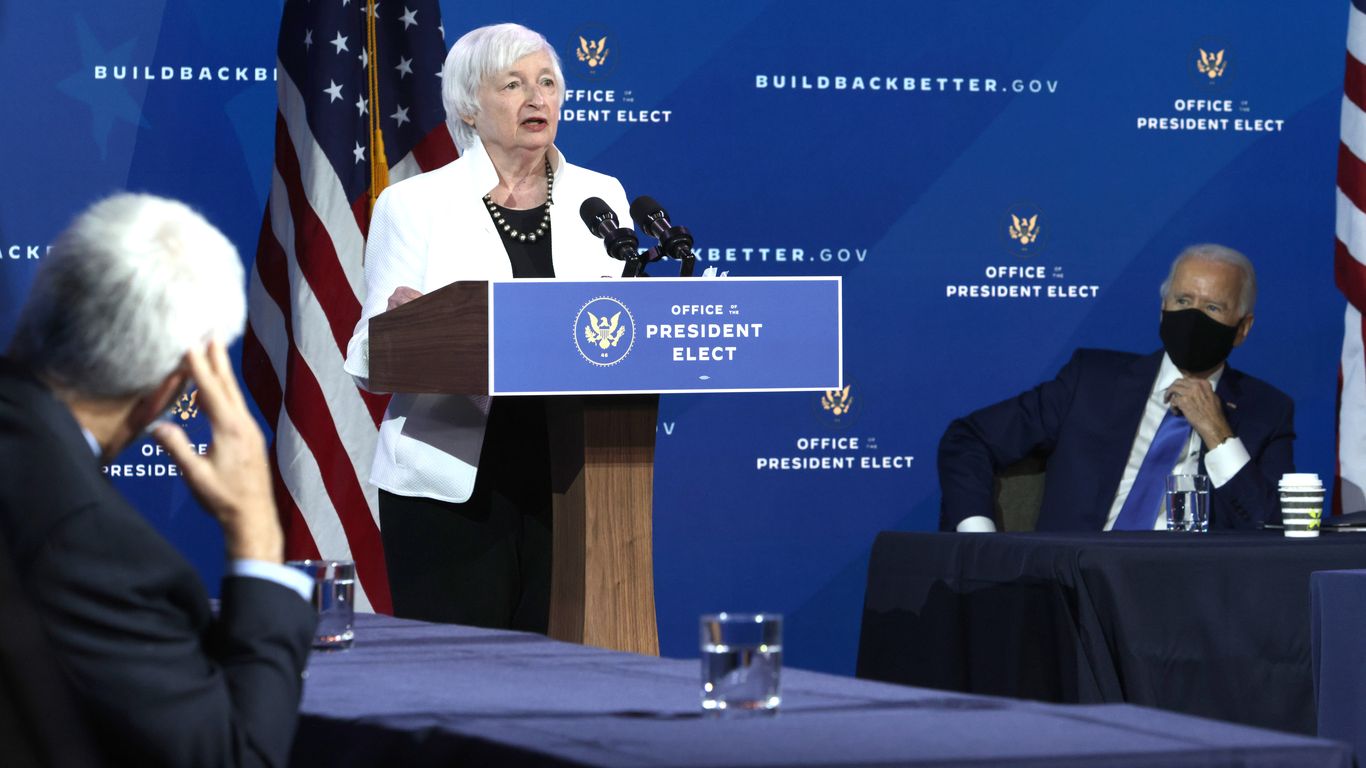 Janet Yellen, chosen by Biden to lead the Treasury Department, brushed off two key Republican senator concerns during her confirmation hearing on Tuesday: the country’s debt and the new administration’s plans to possibly raise taxes.

Driving the news: Yellen – who is expected to win confirmation – said spending big now would save the US from having to dig a deeper hole later. She also said the Biden administration’s current priority is coronavirus relief, not raising taxes.

What she says: Yellen said the country’s debt burden is significant, but concern about it alone shouldn’t prevent Congress from acting big on a relief plan.

Yellen also said the Biden administration “is currently focused not on tax increases, but on programs to help us through the pandemic.”

The big picture: Yellen, who testified before the Senate Finance Committee, will play a key role in shaping and carrying out President-elect Joe Biden’s economic agenda as the country grapples with the coronavirus crisis.

On China: “We must address China’s abusive, unfair and illegal practices,” Yellen said, while noting that the administration is “ready to use the full range of tools” to combat such behavior.

On the US dollar: Yellen said the United States was not “seeking a weaker currency to gain competitive advantage,” noting that she believed in “market-determined exchange rates.” (Rollback: Outgoing Treasury Secretary Steven Mnuchin publicly endorsed a weaker dollar in 2018.)

To note: Yellen was not asked about the future of the Fed’s emergency programs — including one aimed at lending to midsize businesses — that the Treasury withdrew from support late last year..

We are not very worried about the cash burn rate of Creo Medical (LON:CREO)